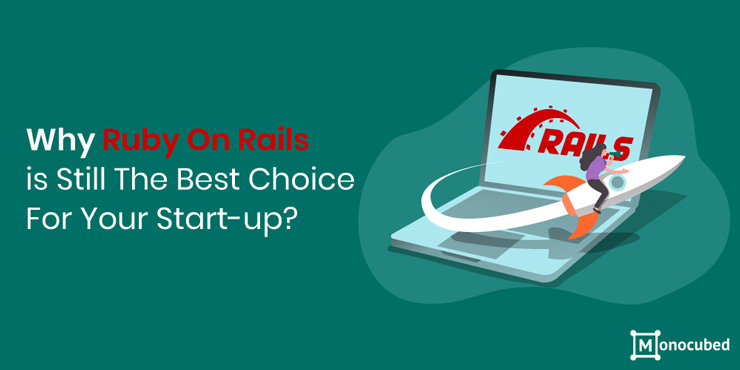 In this fast-paced and constantly changing web development trends, frameworks are like a boon for the developers’ community.  One such framework is Ruby on Rails that aids in reducing development time, improving developer’s efficiency, and enhancing application scalability.

In this blog, we will answer why Ruby on Rails is still the best choice for your start-up by examining its many exceptional features. Rails is open source software that provides everything you require to create robust applications.

What is Ruby On Rails Framework?

Ruby on Rails is a server-side web framework that is written in Ruby language. Released under the MIT License, it follows the Model-View-Controller (MVC) architecture pattern.

Ruby on Rails supplies default arrangements for web service, web pages, and databases, which makes it easier for a Ruby developer.

Rails encourage the usage of web standards like XML or JSON for data transfer and frontend web languages like HTML, JavaScript, and CSS for the user interface.

Let’s look at some of the advantages of using Ruby on Rails for building powerful web applications.

7 Reasons Why Ruby on Rails is For You

Is RoR Still in Demand?

Ruby versions promise concurrency, static analysis, and better performance.  Below are some reasons that ensure Ruby on Rails is still in demand in 2021:

When And Where To Use Rails?

Now that we have seen some vital Ruby on Rails’ advantages, it is time to answer – ‘What is Ruby on Rails used for?’  Rails can be used in projects from dissimilar spheres to build numerous types of applications as it is a multi-purpose tool.

The following list exhibits that when and where we can use Ruby on Rails: