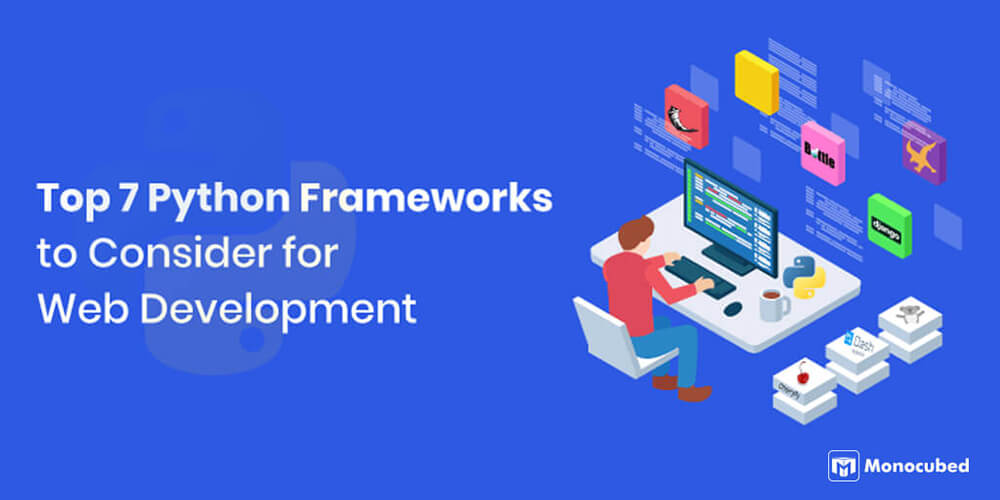 In today’s tech era, Python development is climbing new heights of popularity and has become one of the world’s most popular programming languages.

According to Tiobe’s Programming Community Index for 2022, Python is steadily increasing in popularity and remains on the first position as the most popular programming language.

Python is an advanced, interpreted programming language with an easy-to-use syntax and robust libraries that makes it stand out among other web development languages.

If you are developing any Python-based web apps, you should choose any of the most popular Python frameworks to code as it puts a major emphasis on Python for web application development.

Being a leading Python development company, we use Python frameworks in our development project. Here we list the best Python web frameworks to use in 2022.

What is Python used for? Python is a simple, versatile language that fits all areas such as building a web app, DevOps, and data structures.

It is also a top choice for data scientists, researchers looking into new technologies such as Machine Learning, Big Data, Artificial Intelligence and data mining.

Companies that use python such as Netflix, Instagram, Dropbox, are relying on Python as they have a high loading website that processes millions of user requests per day and Python helps them sustain their top-notch performance. Python is also employed by the infrastructure team at Facebook.

To make the most of these Python web frameworks, you must consider a Python web app framework that provides a clear code structure to developers throughout the planning, cross site scripting, SQL injection flaws, file execution, and MVC designing process.

What Are Python Frameworks?

Python web frameworks are a collection of modules or packages which help developers in writing a web application in the Python programming language.

When they choose Python for rapid development, they don’t have to worry about the use of low-level facts, like multiple protocols, thread management, or sockets.

Frameworks automate the performance of basic solutions that provide developers the adaptability to concentrate on websites instead of the general routine processes.

The web development frameworks give website developers, web designers, system administrators, and Linux operators the freedom to develop a structure by providing a default model for app structuring that is quick, consistent, and effortlessly maintainable.

These web application frameworks also diminish the coding time and enable developers to be more focused due to the simultaneous command line (CL) processing and strong typing.

Python backend frameworks have a higher source order abstractions and metaprogramming potential to develop large and complicated code systems and have a variety of libraries for unique features.

Let’s observe a few of the operations involved in web app development that require usage of frameworks for Python:

To help you out we have listed the top 7 frameworks for Python that you can compare and check out the reasons and features for building your next web project.

7 Top Python Frameworks You Should Consider

If you want to compare the functionalities and features for the project you are going to develop, this section contains a list of the best Python frameworks for software development will help you identify the right one for you.

What is framework in Python?

Web application framework for Python is a collection of elements and modules that allows web developers to incorporate function decorators with Python and/or services without having low-level details such as sockets, process/thread management, and multiple protocols. There are primarily three types of most popular Python frameworks for web development, namely full-stack, micro-framework, and asynchronous which are considered as the best web framework for Python.

What is best framework for Python?

Among the dynamic Python frameworks available, Flask and Django are the most popular ones. Still, the decision to opt for a framework completely depends on the requirements of the project. Some of the best Python frameworks are CherryPy, Bottle, Pyramid, Hug, Falcon, which will aid you to build an efficacious project.

How many Python frameworks are there?

As we have mentioned there are three kinds of popular frameworks for web development, namely full-stack, micro-framework, and asynchronous which businesses consider to build web applications with Python.

Looking at the above-given details in the blog, you need to choose the right web framework depending on the extent of the project and communication needs (whether it is an individual app or not), the status of customization that is required, and everything that you aim for.

It also depends on the developer’s personal choice, working style, and comfort for coding.Compare the features of the above-given frameworks and choose the best suitable for your project.

At Monocubed, we will help you choose the appropriate Python framework for web development based on your requirement. Contact our experts now, if you want to develop a successful project. 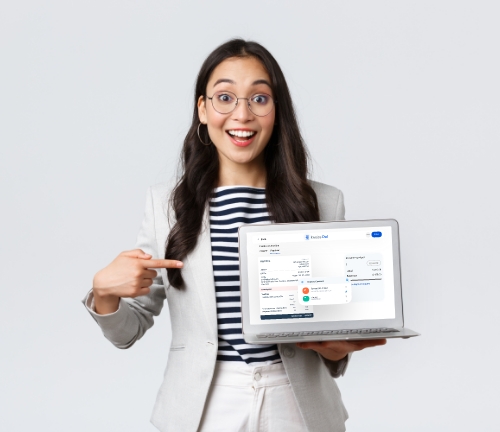