With the evolving world, today many businesses have sensed the need of creating a prominent online existence.  This made it vital for them to build a preeminent website, attracting users.  To support the development of such web applications that comprises web resources, web APIs, and web services a software framework called web application framework is employed.  As technology is thriving, there are numerous popular web frameworks, possessing robust features to incorporate and in turn, raise your website traffic. Web framework offers a definite way to fabricate and organize any web application on the World Wide Web.

Web framework aims to mechanize the overhead linked with general activities functioned in development of the web.  For instance, several web developing frameworks supply libraries for imparting access to databases, managing sessions, and templating frameworks for software development.  The frameworks for web development platform are the most essential part of any website.  The most prevalent examples of frameworks are Ruby on Rails, Django, Meteor, Vue, to name a few.  With the rise in the standards of web applications, it is absolutely irrational to recreate such refined techniques.  Also, web developers have to keep an eye on the latest trends relevant to best framework for web development.

What is a web framework?

A web application framework is a software framework – a concept in which software renders standard functionality that can be carefully altered by supplementary user-written code, therefore serving application-specific software – designed to assist web development platform.  In 1995, fresh web-specific languages such as PHP, Active Server Pages, and ColdFusion were introduced, when integrated server or programming language development environments arrived.

Though a huge number of languages have libraries for establishing vibrant web pages to facilitate developers for functioning common tasks, web applications usually need explicit libraries for any particular task, like producing HTML.  To understand more about what are web frameworks, we get insights from the 1990s, when a mature, full-stack framework launched and collected manifold libraries helpful for web development into a single string software stack for web developers to practice.  Asp.net, Catalyst, Laravel, Ruby on Rails, Django, Symfony, CakePHP are some of its examples.

Many web frameworks are set on model view controller (MVC) models.  To split data models with business standards from the user interface, most of the frameworks adopt MVC architectural design.  It is recognized to be a favorable practice as it usually fosters code reuse, modularize code, and permits various interfaces to be exercised.  In web applications, this allows developers varied views to be exhibited, namely, web service interfaces for remote applications and web pages for individuals.

Generally, MVC frameworks observe a push-based architecture, also known as ‘action-based’.  The types of framework that adopt actions that do the necessary processing, and then accordingly ‘push’ the data to a view layer to furnish the outcome.  Some of its examples are Spring MVC, Symfony, Ruby on Rails, Sails.js, Django, CodeIgniter, and Diamond.

Another option to this architecture is ‘pull-based’, also termed as ‘component-based’.  This is a kind of framework that starts with the view layer, which in turn can ‘pull’ outcomes from diverse controllers as required.  Some examples of pull-based architectures are JBoss, Tapestry, Lift, Wicket, Micro, and JavaServer Faces.  In such architecture, several controllers can be composed with a single view.  While Struts, ZK, Play, and RIFE are backed by both, push-based and pull-based application controller calls.

The applications in three-tier organization are well-regulated in three physical tiers, namely, application, database, and client side.  This database is usually a relational database.  The application possesses business logic that runs on a server and corresponds with the client by means of HTTP.  And on web applications, the client is a web browser which runs HTML, developed by application layer.

Ruby on Rails is an exceptionally dynamic web application framework discovered by David Heinemeier Hansson.  Ruby on rails is used for building an application that is ten times faster than a classic Java framework.  Furthermore, Rails comprises everything that is needed to form a database-driven web application, utilizing MVC pattern.  Websites that have incorporated Ruby on Rails are GitHub, Basecamp, Twitter, Airbnb, GroupOn, Shopify, Hulu, to name a few.

In 2011, Taylor Otwell developed a framework named Laravel.  Similar to other contemporary development frameworks, it functions on an MVC architectural model that uses PHP.  Simple, elegant, and readable are the USPs of this framework.  Laravel has API support and it also contains a good quantity of packages that could expand its reach.  Laracasts is a tutorial website with thousands of videos on Laravel, PHP, and frontend technologies in the ecosystem of Laravel.  With this Laracasts, you can right away begin learning and developing Laravel.  It is serving to be the best framework for website like Neighbourhood, Travel, Deltanet, Lender, and many more.

Django is one of the reliable backend frameworks that aids in developing a robust quality of web application. It uses ‘Convention over Configuration’, as well as DRY pattern.  Django provides tools and techniques to developers for building a safe website, implementing the security features in the framework for best web development.  It was made with an intent to compete with fast-moving deadlines while fulfilling the tough requirements of veteran web developers.  The applications are tremendously scalable, fast, versatile, and secure.  The companies that use Django are Pinterest, Disqus, YouTube, Spotify, Instagram, and other popular giants.

A framework that is immensely helpful to build dynamic web applications for PC and mobiles is ASP.NET. It was invented by Microsoft to let programmers build vibrant websites, applications, and services.  Asp.net Core is a novel version of asp.net and is renowned for its speed, productivity, and power.  It is proved to be a high performing and lightweight framework in web development with the use of .NET.  Some of the popular companies using ASP.NET are TacoBell, GettyImages, StackOverflow, to name a few.

Express is a free open-source which supplies a variety of features for mobile and web development.  It is considered to be one of the best backend frameworks as it is a minimal, flexible, topmost framework for web development on Node.js.  It functions on Java, one of the prominent programming languages, for building up backend web applications, it is extensively preferred by web developers all across the globe.  Additionally, it is helpful to develop competent APIs.  It is considered as one of the major Express components of the mean software bundle. Companies using Express are MuleSoft, Accenture, Myntra, Uber, Myspace, etc.

The Spring Framework, invented by Pivotal Software, is the most popular web development framework for Java platform.  Its main features can be utilized by a Java application, but the extensions for forming web apps on top of Java Enterprise Edition platform.  Though it does not oblige any precise programming pattern, it has gained popularity in the Java Community, with the addition to the Enterprise JavaBeans model.  The developers mainly use Spring for creating high performing and vigorous web applications.  Simple, flexible, and fast JVM-based applications and systems can be formed with this resourceful framework.  Companies that utilize Spring are Deleokorea, Intuit, Zalando, MIT, Zillow to name a few.

Angular is one of the best front end web frameworks for developers. It is an open-source and TypeScript-based web app framework managed by Google Angular Team.  This framework is used to construct huge and high functioning web applications.  There are numerous web apps that are built with the assistance of Angular framework as its applications are much easy to maintain.  Websites that are built by using this framework are Upwork, Lego, PayPal, Netflix, etc.

Ember.js is based on the model-view-view-model pattern.  It is an open-source JavaScript framework.  It aids the web developers to form extensible single-page web application by utilizing general idioms and finest practices into the framework.  Though it is mainly considered as a framework for web, it also supports building mobile and desktop applications in Ember.  A noteworthy example of Ember desktop application is Apple Music, an attribute of iTunes desktop app. The trademark of Ember is owned by Tilde Inc.  The Ember community of developers is ever-expanding, and new releases and features are added frequently.  Heroku, Microsoft, Netflix, and Google utilize this framework quite on a regular basis.

MeteorJS or Meteor is a framework that provides much simpler ways to form real-time web and mobile apps.  It supports instant prototyping and yields cross-platform code for iOS, Android, and Web.  Galaxy, its cloud platform, exceptionally simplifies scaling, deployment, and monitoring.  According to Builtwith, there are currently 19,913 websites using Meteor.  Some of them are WishPool, HaggleMate, and Telescope.

Vue.js is a MVVM pattern JavaScript framework.  It is generally used to build dynamic UI and Single Page Application.  You can effortlessly apply this open-source framework to amplify applications.  A better user-interface can be designed with the assistance of its optional tools.  With this, you can easily integrate features as it is a flexible framework for coding.  Companies using this framework are Gitlab, Behance, Grammarly, 9GAG, to name a few.

What are the advantages of using Django?

The following are the advantages of Django framework for web app developers:

What are the features of Spring Web MVC?

The features of Spring Web MVC are as follows:

Which best front-end web framework you must learn in 2020?

Some of the best front-end web framework you can learn in 2020 are as follows:

The framework acts as a crucial element in developing web applications and these are some of the most popular web frameworks.  Each of the frameworks in the available platform for web development have their own characteristics and advantages. The best web framework for website completely depends on the business and client to avail higher traffic rate.  You can assemble the specifications and then opt for a web development framework that is required to construct a web portal.  Nevertheless, the selection of the popular web frameworks for web app development must be based on the features of a specific project. 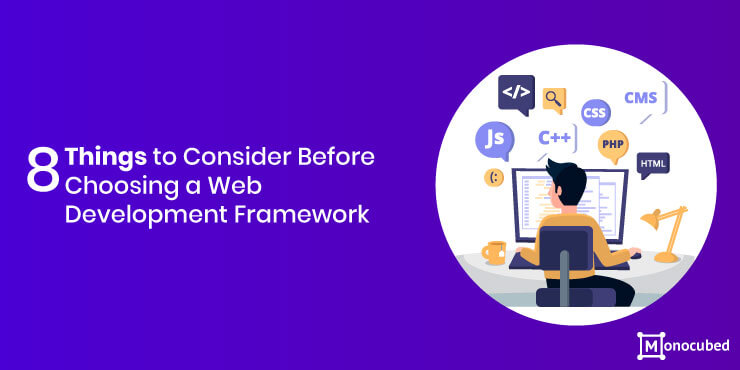 8 Things to Consider Before Choosing a Web Development Framework 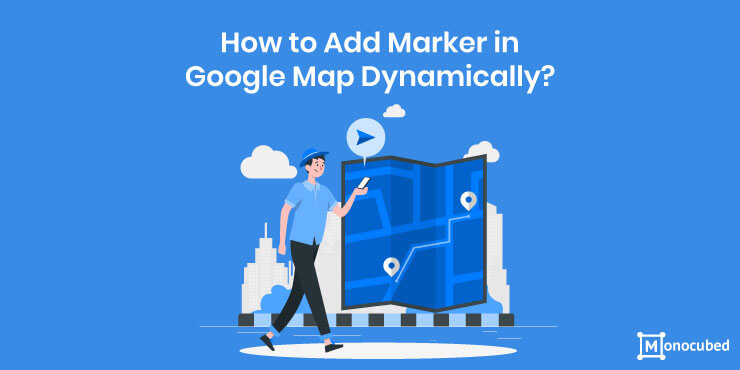 Web Tutorial: How to Add Marker in Google Maps Dynamically?