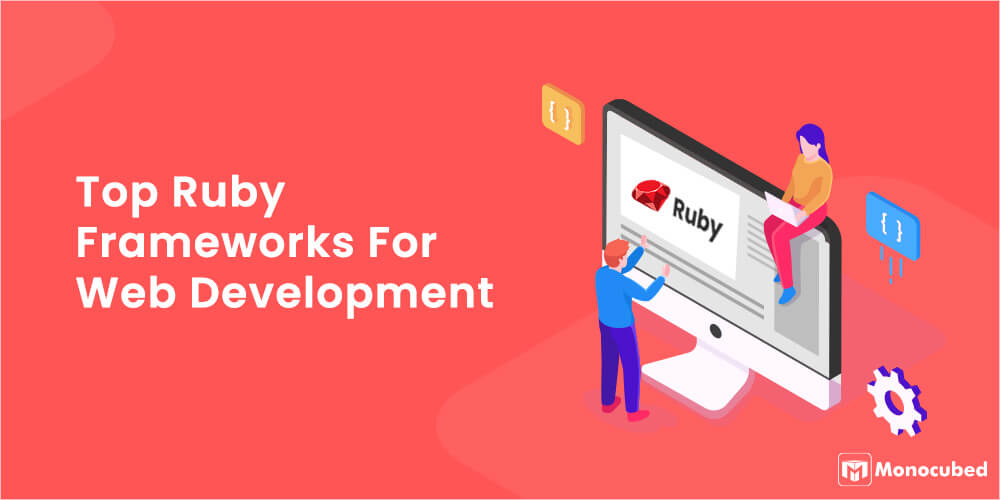 Wondering which framework is good for Ruby development?

Whether you are developing an eCommerce web app or a social media website or a simple blogging website, Ruby is perfect for you.

Many famous companies like GitHub, Apple and Netflix have used Ruby for web development. It is a top choice for backend developers according to the Tiobe Index.

In this blog, we have curated a list of the 6 best Ruby frameworks for Ruby developers. From the type of framework and its main features, to when to use them, we detail it all for you.

Read on to find out which Ruby framework is the best for you.

Developed 26 years ago, Ruby is one of the top 3 server-side or backend programming languages today, according to W3techs.

Ruby programming language is the best choice for web development projects. Using the many ruby frameworks like Hanami or Sinatra, you can get the best out of the language and save a lot of time and money.

Let’s look at some of the best web frameworks for Ruby.

The best Ruby web frameworks are –

As a Ruby development company, we have working knowledge of these frameworks. To help you choose between these 6 frameworks, we have divided them by usage – full-stack or microframework.

The full-stack framework is a full-fledged framework that takes care of everything while building applications and websites. It supports –

Go with the below-mentioned 3 best full-stack Ruby frameworks when you want a full-fledged web app with all functionalities and features in a single place.

Micro-frameworks are lightweight web application frameworks. They follow a minimalistic approach to building applications and lack most of the functionalities unless necessary.

Is Ruby used for backend?

Ruby is a versatile programming language that is apt for developing server-side web applications. Due to its object-oriented approach, Ruby is one of the most elegant and powerful languages for backend development. You will be able to develop robust, high-performing websites and web apps that support thousands of users.

What is the most common Ruby framework?

Ruby on Rails is the most popular and commonly used Ruby framework. It is a robust web framework that significantly improves the productivity of web developers. This Ruby framework is designed to encourage the best way to do things. Its popularity is mainly because Rails follows Convention over configuration(CoC), and Don’t repeat yourself(DRF).

Is Rails better than Sinatra?

No. Both Ruby on Rails and Sinatra are ruby web frameworks that serve different purposes. Ruby on Rails is a full-stack web framework, designed to handle the most complex websites with large datasets and rigid security measures. Meanwhile, Sinatra is a minimalistic micro-framework, designed for developing web applications, handling HTTP requests and creating web services.

When it comes to web development, Ruby is a very powerful scripting language. We have listed some of the best Ruby frameworks for quickly creating web applications.

Whether you want to develop a simple blogging site or an enterprise-level web app, you can use one of these 6 Ruby frameworks.

Still, confused about which framework to use?

Contact Monocubed for a free 30-minute consultation with our in-house IT experts. We will help you validate your idea, and also suggest the right technologies and language to use.